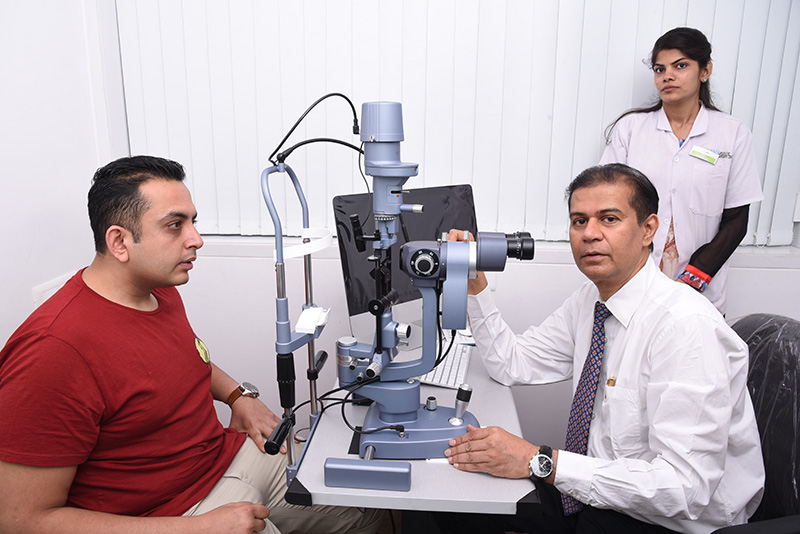 Retinal diseases are generally looked upon as irreversible conditions. The reason being the retinal cells are not known to regrow spontaneously in a variety of retinal diseases such as glaucoma, macular degeneration and retinitis pigmentosa among others. Stem cell therapy is growing up as a feasible option in curing the retinal diseases for which no cure exists. Although the research related to stem cell therapy was underway from quite a long time but due to the advanced and innovative technologies and new areas related to stem cells are being explored, stem cell therapy is finding its way in treating almost all the untreatable diseases be it the advanced liver disease, periodontitis, HIV, Multiple Sclerosis, and acute myeloid leukemia.

If triggered, there is no effective way to reverse the degeneration of retinal cells. The treatment is primarily directed to prevent or at least slow down the progression of the disease. The whole treatment strategy is based on restoring the remaining vision. With the technological advancement in stem cell therapy along with the human intellectual intervention, various researchers have done a detailed study to arrive at the best possible way to treat retinal disease through stem cell therapy. Many researchers have either tried to generalize the whole of the process while some researchers focus their study on a specific disease or few diseases.

One option is to take the retinal stem cells and grow them invitro in the incubator. Once the considerable number of cells have grown, these cells were injected in the subretinal space and their functional capacity is monitored. However, growing the cells in the artificial environment is a huge task and requires continuous management of the environment. Another approach is a bit complex and makes the use of pluripotent cells present in the skin or other tissues. These stem cells were taken back into the embryonic stage and then differentiating them into the retinal pigment epithelium cells. By whatever means the cells are grown and suspension injected into the subretinal space, there are certain intrinsic difficulties in reaching the goal. Most of the cells die while injecting and many others do not attach to the retina rather remained in the subretinal space. Much of these problems have been solved by making use of tissue engineering. This technology helps in effectivelyattaining the required integration of RPE cells with the retinal layer.

The retinal disease was successfully cured by using the engineered RPE patch comprising a monolayer of human embryonic stem cell and placing it into the subretinal space with the help of the designed microsurgical tool. In both the patients who undergo this therapy, there was a visual acuity gain because of the successful delivery and survival of retinal pigment epithelium cells. The only major treatment was the administration of immunosuppressive drugs. Whether the tissue patch cell is better than the injection of cell suspension is yet to be known but one thing is for sure that stem cell therapy has opened a lot of choices in treating various retinal diseases.

Retinitis pigmentosa is an inherited disease characterized by progressive degeneration of the retina. Various treatment options have been evolved but none of them is effective in curing the disease. Many of them are on animal models. Stem cell therapy for treating this condition is under the pre-clinical stage. In patients with Stargardt’s maculardystrophy, stem cell therapy has been used to establish a proof-of-concept in treating this condition.

Earlier studies that had used the Muller glial cells had some flaws, for instance, a neurotoxin was used to damage the retinal cells for stimulating the differentiation of Muller Glial cells. However, the retinal ganglionic cells were destroyed due to neurotoxicity. This was corrected in the subsequent studies and the viral vectors were used to deliver the genes in Muller Glial cells for activating them. The trial was successful and resulted in the development of rod photoreceptor cells.

Although the stem cell therapies are in a very nascent stage and a lot has to be done but, surely, the humans have found an effective way to treat the retinal diseases and such treatment options would be available that will change the way retinal diseases are managed and treated.