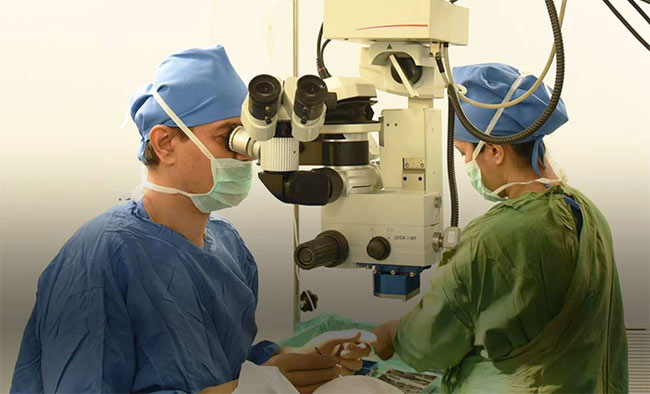 What Is Vitreous Detachment?

Vitreous detachment is the condition of the eye in which due to shrinkage of the vitreous gel, the microscopic fibers holding the retina breaks, resulting in its separation from the wall of retina.

It is also known as Posterior Vitreous Detachment (PVD) due to the detachment of the posterior haloid membrane from the retina.

What Are The Symptoms Of Vitreous Detachment?

The main symptoms of Vitreous Detachment are:

Eye floaters: The deposits or condensation in vitreous humor in the eyes is called eye floaters. They are the spots within the vision of a person that tend to float when they look around.

Flashes: Spots of lights within the vision of a person that frequently come and go are called flashes of light.

Retinal tear: When vitreous humor shrinks and pulls away from the retina, the microscopic fibers that connect the vitreous humor to the retina break leading to retina tearing or Retinal detachment. This sign is not always present but people have an increased risk of developing this condition.

What Are The Causes Of Vitreous Detachment?

The prime and main reason of vitreous detachment is aging. Aging is a natural phenomenon.  As the person gets old, the vitreous humor which helps to maintain the normal shape of eyeball slowly starts converting into liquid some from gel form resulting in shrinkage of vitreous and breakdown of microscopic fibers which leads to its detachment from the retinal membrane.

Vitreous detachment usually occurs at the older age of about 50-60 years and chances or risks of it increases if the person has nearsightedness, cataract, eye surgery, previous family history of retinal problems, injury to eyes and diabetes.

What Is The Relationship Between Vitreous Detachment And Retinal Detachment?

What Is The Difference Between Vitreous Detachment And Retinal Detachment?

Further, in vitreous detachment, the patient does not experience curtain over his vision while this symptom is of common occurrence in patients with retinal detachment.

What Are The Treatment Options For Vitreous Detachment?

There is no specific medical treatment for Vitreous Detachment nor there is any eye exercises or diet plan which may help. The only problem the person faces is with floaters and flashes which slowly calm down and become less obvious within 3-4 weeks or within 6 months as our brain learns to cope up with them. However, rotating eyes in a circular motion when floaters and flashes appear in the vision can help the patient.

Regular eye check-ups should be done by an ophthalmologist within every three months to prevent the chances of retinal tear and retinal detachment.

In rare conditions, vitrectomy surgery (removal of vitreous gel) is carried out when floaters persist for a long time due to PVD.


How To Cope Up With Floaters In Eye